From St. Louis to the BnF 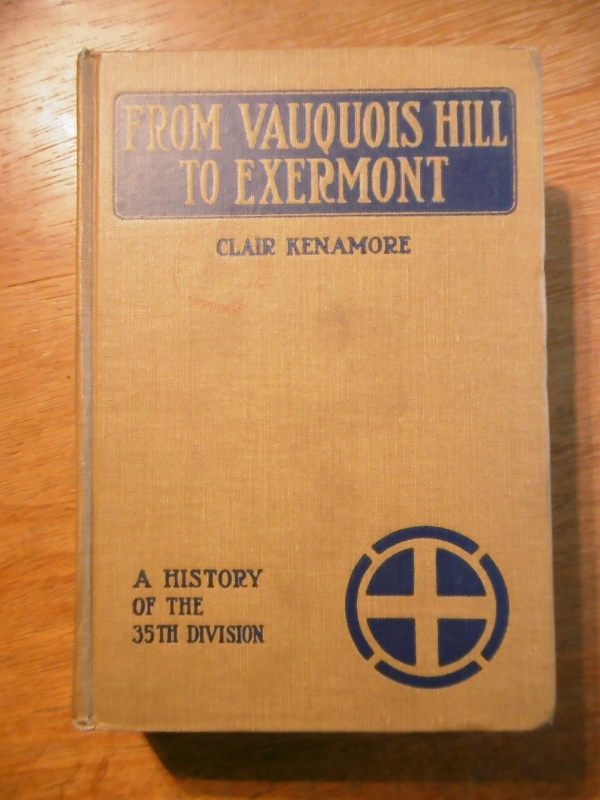 A Very Muddy Place readers will recognize the title. I read it from a PDF downloaded at archive.org.

Journalist Claire Kenamore compiled the book from notes and newspaper articles he wrote while following the 35th Division across France during WWI. Back in St. Louis, it was published by Guard Publishing in 1919.

The Klincksieck bookstore in Paris obtained a copy. Klincksieck, founded in 1842, was a German bookstore that also published and printed books at 11, rue de Lille, Paris. Éditions Klincksieck are still in business at 95, boulevard Raspail, 6th arrondissement.

Sometime later, Klincksieck’s copy went to the French national library. The Bibliothèque nationale de France (BnF) is the equivalent of the US Library of Congress.

I took a break from editing A Very Muddy Place today and went to the BnF. From Vauquois Hill to Exermont is not in the stacks. It’s kept in the “magasin” (library storage), because it’s, either, too valuable or not often referenced. I think the latter. I had to request it and wait forty-five minutes for it to be retrieved from its quiet place.

Since I quote from it often, I wanted to hold it my hands, read a few passages, give the book some love.

Posted by Stephen Wendell on Thursday, March 07, 2019 in A Very Muddy Place | Permalink