Success, Freedom, and Castles in the Air

“I learned this, at least, by my experiment: that if one advances confidently in the direction of his dreams, and endeavors to live the life which he has imagined, he will meet with a success unexpected in common hours.”

I’ve lived with this quote, the first sentence of a paragraph from Thoreau’s Walden, the past several months. It’s written on the inside cover of my pocket notebook. Yesterday, I read the passage again from the secondhand paperback on the shelf. It goes on and ends with another familiar citation. Between, the text is more complicated and less quotable, though it is, in my experience so far, equally true.

“He will put some things behind, will pass an invisible boundary; new, universal, and more liberal laws will begin to establish themselves around and within him; or the old laws be expanded, and interpreted in his favor in a more liberal sense, and he will live with the license of a higher order of beings. In proportion as he simplifies his life, the laws of the universe will appear less complex, and solitude will not be solitude, nor poverty poverty, nor weakness weakness. If you have built castles in the air, your work need not be lost; that is where they should be. Now put the foundations under them.” 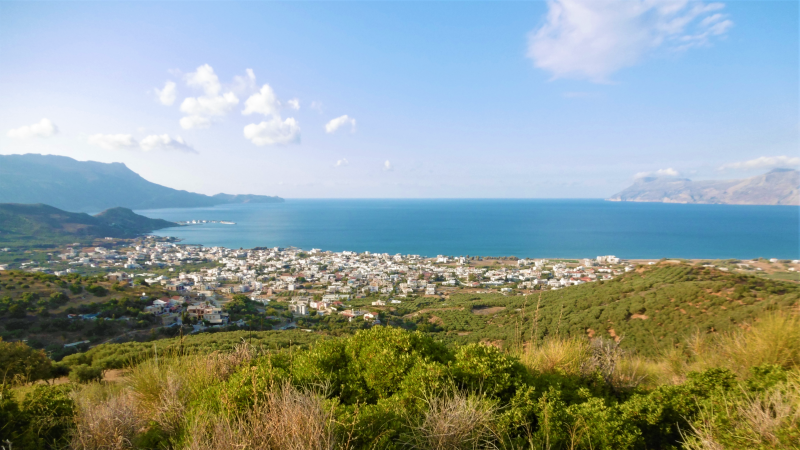 View from the parapet of a castle-in-the-air, foundation under construction

Photo from the ruins of a Turkish fort atop a hill above Kounoupitsa, looking over Kissamos and the Gramvousa and Rodopou Peninsulas on either side of Kissamos Bay, Crete