Today’s is the last of my great grandfather’s war stories. The rest—the Armistice, his return trip, and homecoming—is denouement (articles forthcoming). I appreciate all of you who have commented on social media and sent private messages and emails. Your encouragement is invaluable to me. Among other things, it gives me hope that the text may hold interest to readers outside Ben Potts’s family.

When I set out on this journey in May, I thought it would be easy: recite the anecdotes, give a little context, throw in some ambiance… As I got deeper into the research, though, I discovered more than I bargained for. There’s a lot of history in those six months of 1918, and in that short time, there are only so many occasions that certain of the anecdotes could have taken place. That I could narrow down the times and places of most of the stories to within a few likely days of Ben Potts’s journey has been a tremendous reward.

I wish I could sit down with Grandpa and show him my notes. With what I’ve learned, I’m sure I could jog his memory and get a few more stories out of him. You’d all be invited, of course. Granny would make another pitcher of iced tea. 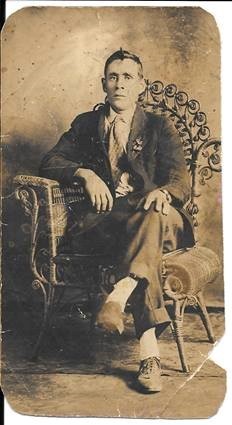 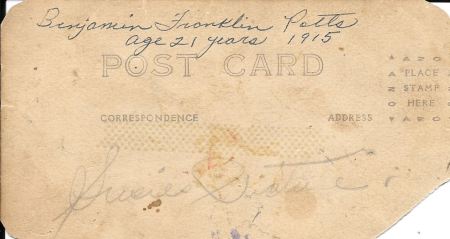 “…he was near the spot where a shell landed and was buried under dirt.”

“Ben had been told that his brother, Roy, had died. Then he ran into someone who said, I just saw your brother over at so-and-so medical. So he went to get a pass…”

April 23—Return Aboard the Manchuria