A Dark Hole on Zovigli Hilltop

“In one corner, a two-foot square opening in the floor captures one’s attention. Four rusty rungs set into the stone lead down a few feet. Below that, only a flat rock floats in cool darkness.”—from Exploring Zovigli A dark, square hole in the floor of a ruin on a hill piqued my curiosity. The first time here, I was ill equipped and alone. So, with intrepid friends, Helen and Neil, I returned a month later to Zovigli hilltop at Akrotiri Spada. Neil brought rope and a pair of sneakers almost large enough for my feet. I carried the sneakers, tied together over a shoulder. We hiked to the summit along a faint, switchback trail on Zovigli’s east flank.

While Helen and Neil took in the magnificent view, I looped the rope around the first rusty rung and pulled with my weight to make sure the rung would hold. It did. Sneaker shod, armed with a small flashlight, and with two safety observers now present, I lowered myself down, testing each rung as I went. Helen and Neil survey the descent

It’s a unique sensation: feeling your way down in darkness, toes reaching for the next hold, exposed to any looming danger. Perhaps decades had passed since anyone had been down here. What did they leave? What happened since? What waits in the dark?

The most dangerous thing I could imagine was a wild animal, recently fallen in the hole. A trapped badger in close quarters, scared and desperate, might shred my legs and rip off a sneaker before I could scramble out of reach.

The scariest thing I could imagine was a skeleton. Human or otherwise, the moment light catches curved bones and empty sockets would be a heart-stopper. 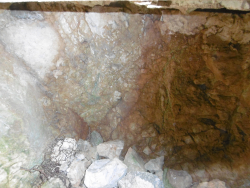 Ten feet down, the hole opened up into a small space only a few feet deep. Large rocks covered the bottom in an uneven mound. With outstretched arms, I could almost touch the rough hewn walls on opposing sides. I guessed it to be a bomb shelter.

There were no badgers, no skeletons—nothing of interest whatsoever. To be sure, I displaced a few rocks, exposing black, damp dirt in two separate places, finding only spiders and snails.

“Satisfaction of one’s curiosity is one of the greatest sources of happiness in life.”—Dr. Linus Pauling 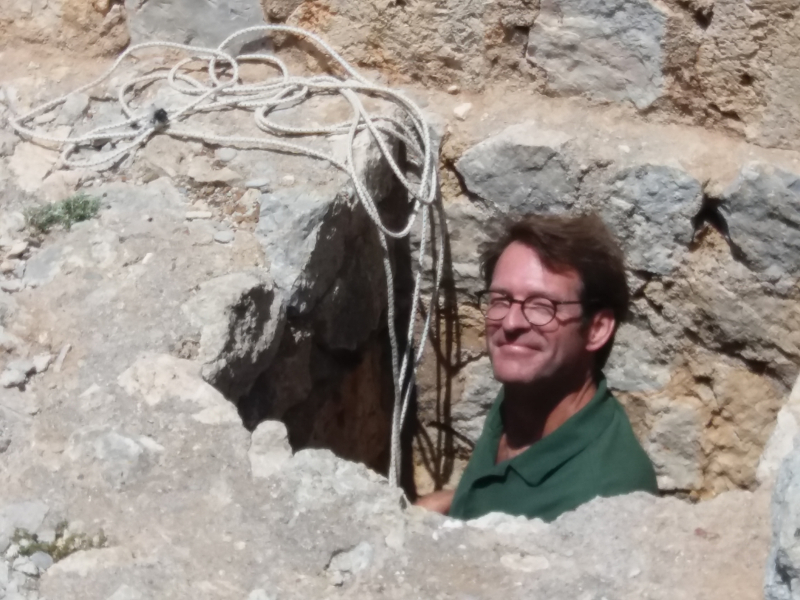