Between the Second French Revolution (1830) and the Third (1848), was the reign of Louis-Philippe. France would later have one more emperor, but Louis-Philippe was its last king.

During the First French Revolution, the ruling National Convention abolished the monarchy. Beginning in 1792, a series of parliamentary regimes called the First Republic followed. It was a period of wars and civil unrest that began with the Terror and gave way to the First Empire in 1804.

After the fall of Napoléon I in 1815, the monarchy was restored. Under Louis XVIII then Charles X, though the King of France was limited by a constitution, he still enjoyed divine right and the nation conceded to the absolute sovereign.

This period, called the Restoration, ended with the Trois Glorieuses, the Second Revolution named after the “Three Glorious” days in July, 1830, in which it took place. The last king was then installed. No divine right, no absolute sovereign, not even properly King of France, Louis-Philippe was titled “King of the French.”

Occupied with matters of state and his own head, Louis-Philippe, like the Restoration kings before him, paid little attention to the state of the capital. This was Victor Hugo’s Paris: impoverished, polluted, overpopulated, and disease-ridden. The growing working class, fuel for a nascent industrial economy, crowded the city center. Population density rose to 100,000 per square kilometer (compared to today’s 20,000/km2), a propitious environment for the spread of cholera. Above this cityscape, increased iron and coal production clouded the air with black soot.

In winter 1837, Jean-François Millet left his Normandy homeland. In a letter to Alfred Sensier, the peasant-painter later wrote (translation mine):

“I left with a heavy heart, and everything I saw on the road and in Paris only afflicted me more. Seeing the wide, straight roads, the trees in lines, the flat plains, the pastures so rich in verdure and livestock, that they seemed to me rather theater decor than real nature…! And Paris, black, muddy, smoky, where I arrived one evening, was for me the most painful as well as the most discouraging.” 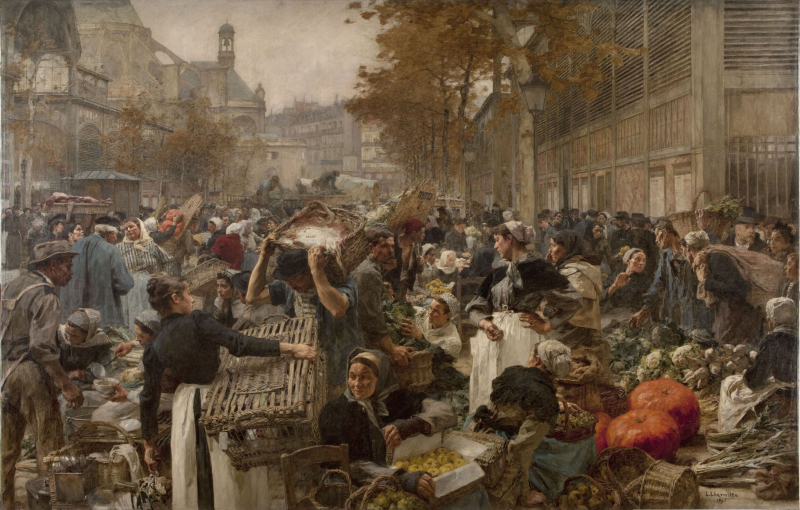 Posted by Stephen Wendell on Tuesday, August 15, 2017 in Barbizon, Paris and Environs | Permalink 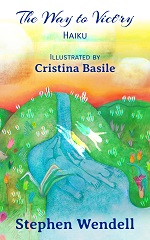 Get the paperback edition of
The Way to Vict’ry: Haiku Illustrated by Cristina Basile
at up to half off the cover price
This offer won't last long — Get it now!

The proof copy of The Way to Vict’ry: Haiku Illustrated by Cristina Basile has arrived! It looks great, but the printed proof reveals a couple problems that can be fixed.

Perfection is possible on rare occasions. This is one.

The corrections are easily made, and the proofing process will require only a couple more days delay. I look forward to the release announcement around the middle of the week.

Keep a peregrine’s eye out for that, because I expect to launch with a special reduced price for the first few days. 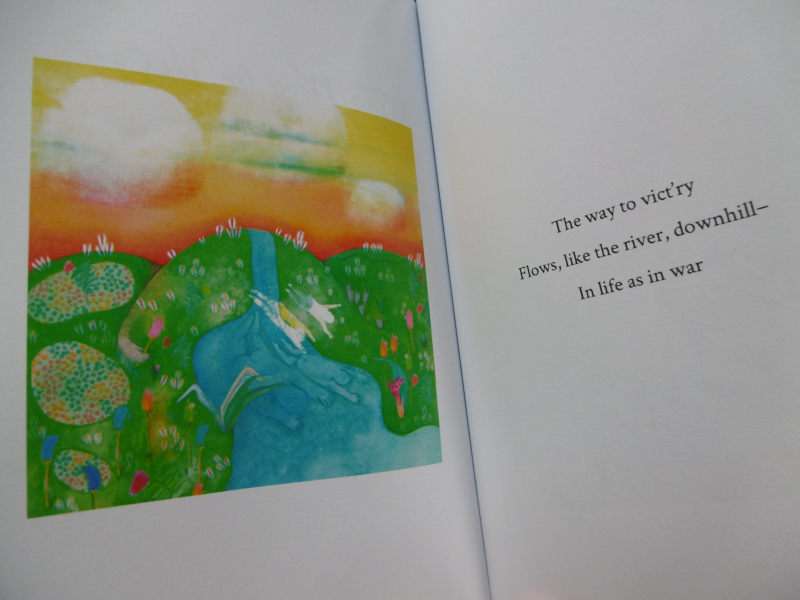 Title haiku and facing illustration from the proof copy